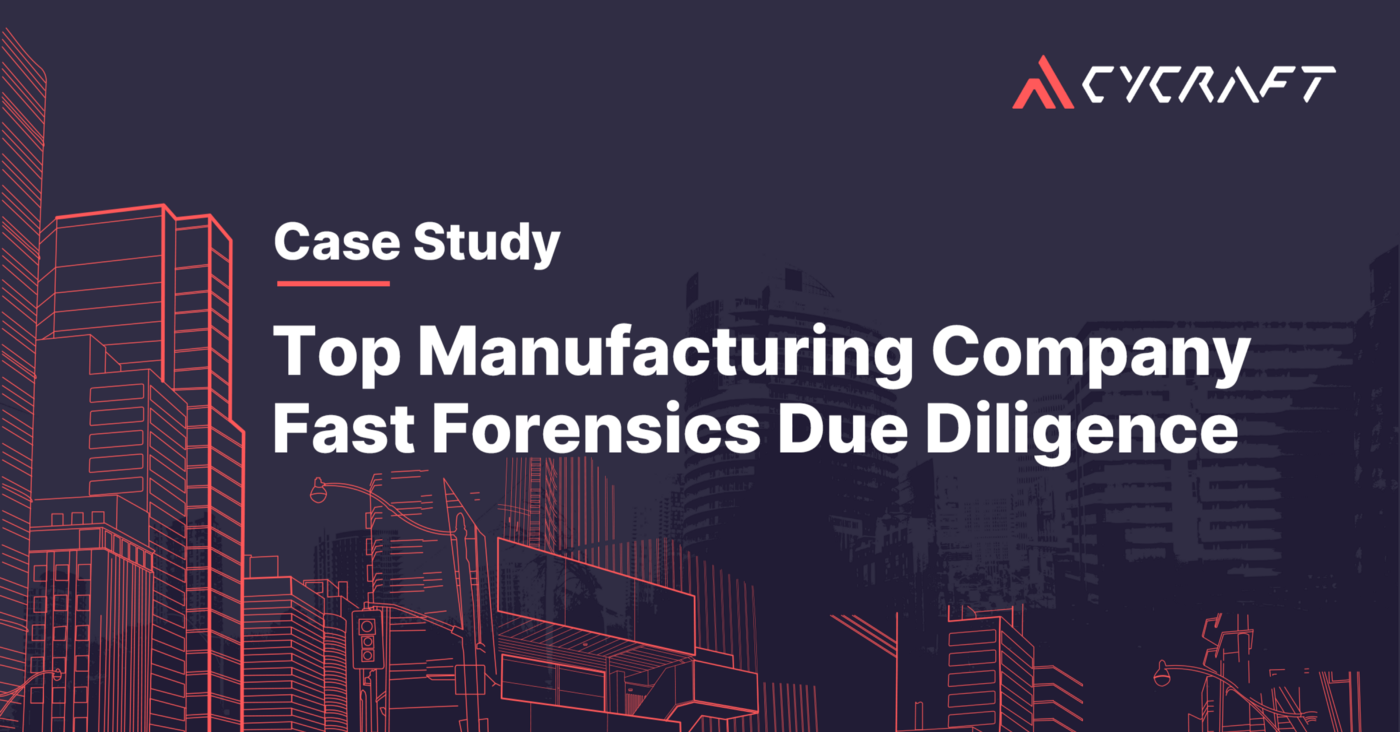 CyCraft’s client was about to perform a pre-acquisition due diligence cybersecurity investigation. The client estimated the entire digital forensic investigation would take several months to complete. CyCraft did it in a few days. Not only did CyCraft reduce investigation time by over 99 percent but cost and man-hour investment was further reduced by an estimated 95 percent.

Finance, sales, and company culture have always been important factors in any merger and acquisition. However, as the shockwaves of advanced persistent threat activities and cyberattacks spread over more and more news media sites, pre-acquisition technology and cybersecurity due diligence investigations are becoming the standard operating procedure for M&As.

Marriot’s failure to perform a thorough due diligence cybersecurity investigation on its Starwood acquisition in 2016 led to the 2018 data breach that resulted in 28 million USD in expenses, the potential compromised movements of US government military and intelligence officers, the theft of credit card and passport information on over 300 million guests, multiple class action lawsuits, and most recently a £99 million GBP fine (over 120 million USD) from the UK’s Information Commissioner’s Office (ICO) for violating British citizens’ privacy rights.

A due diligence cybersecurity investigation could have revealed the remote access trojan and MimiKatz within the compromised Starwood system and would have recommended against storing encrypted data and its keys on the same server.

Later in 2018, but across the Pacific Ocean, one of the four leading fabless semiconductor companies, with over 7.7 billion USD in annual revenue and over 25 global branches, was preparing for a strategic acquisition to expand its operations. In a wise effort to defend itself against the looming threat of business altering cyber attacks (such as Starwood’s data breach), the company began conducting a thorough and exhaustive cybersecurity due diligence investigation.

The company had inherited a large volume of legacy IT from the acquired company and had to not only diagnose the entirety of their existing IT systems to uncover all possible blind spots but also had to integrate the entire acquired infrastructure into all of their existing systems. This would have required the resources of their entire cybersecurity team as well as several months. 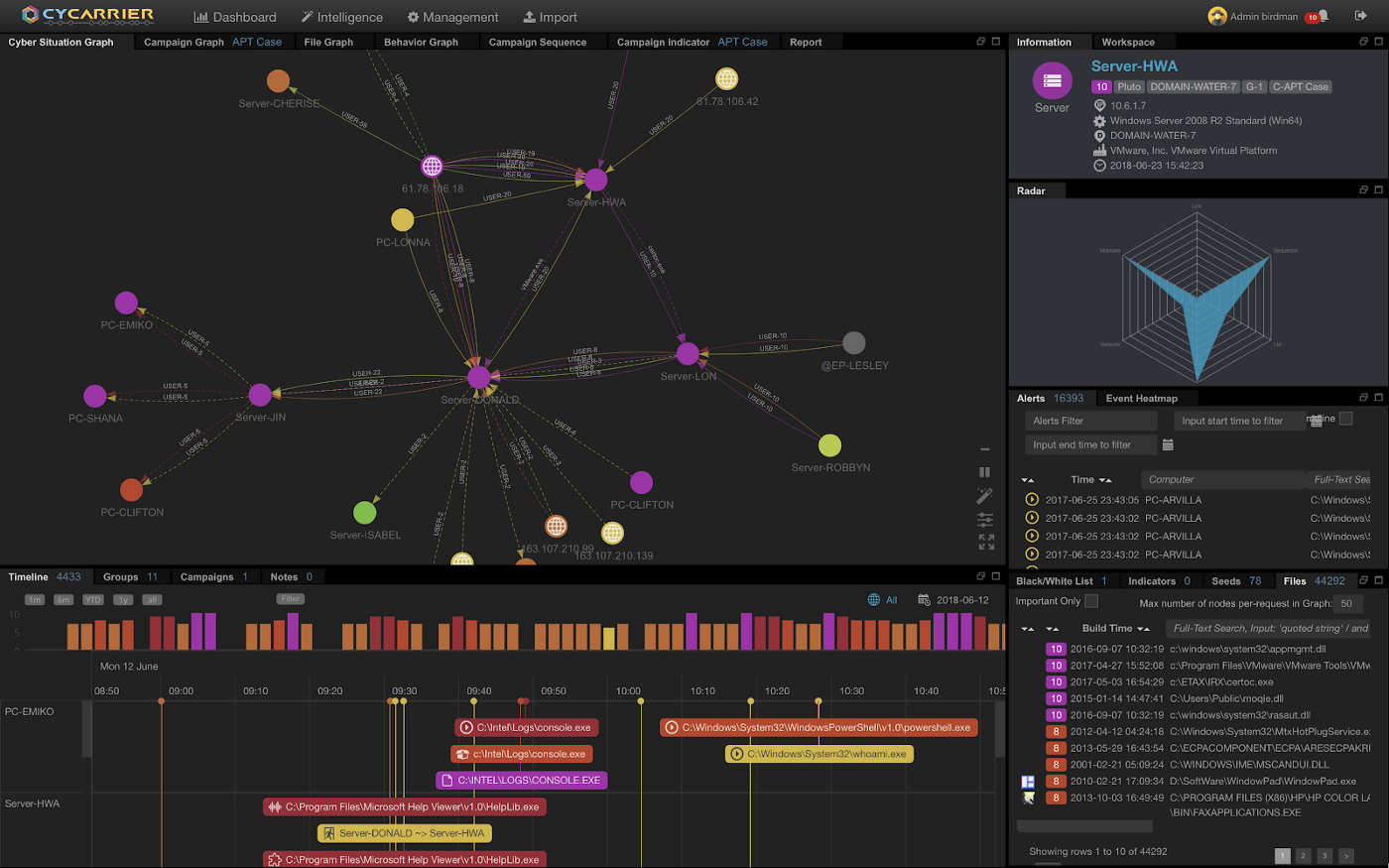 CyCraft’s Carrier AIR platform security solution was brought in to perform the security due diligence investigation on the acquired company. CyCraft completed the entire digital forensic investigation in a few days.

Impressed with the 99 percent time reduction, the company not only continued leveraging CyCraft Technology to smoothen the integration of the acquired infrastructure into their existing systems but continues using CyCraft as a key cybersecurity solution for their company to detect and manage APT-level threats to this day.

Since its inception, CyCraft has exploded within its domestic base of Taiwan and has seen steady momentum with its growth into overseas markets including Singapore and Japan. CyCraft automates SOC operations, forensics, detection, and response for Fortune Global 500 companies, national government agencies, banking entities, telecommunication companies, manufacturing, infrastructure, and SMEs in multiple countries. CyCraft was also one of 21 cybersecurity vendors to participate in round two of the MITRE ATT&CK evaluations against the simulation of APT29/Cozy Bear.

Stay up to date with the latest in CyCraft security news and products on Twitter, LinkedIn, and our website at CyCraft.com.